The six-plus hours it takes Vancouverites to reach Tofino has got to be in the running for the longest trip that people think is no big deal. Tell people you've thinking of driving to Portland for the weekend and they'll look at you like you've crazy. Tell them you want to have a birthday dinner at the Wick, spending the night and then coming back, and they'll nod like It's an inspired idea. And to be fair, the wending, sometimes-hairy Highway 4 that cuts through Vancouver Island has reams more character and interest than the sterile I5. And part of the joy of a trip to Tofino is the pitstop halfway. Ah, Goats on the Roof! you say. But no, as much as I love the culinary gift that Coombs, B.C., has brought to the world (and I actually do love it), my halfway salvation lies 40 kilometres west, at Port Alberni's J&L Drive In. 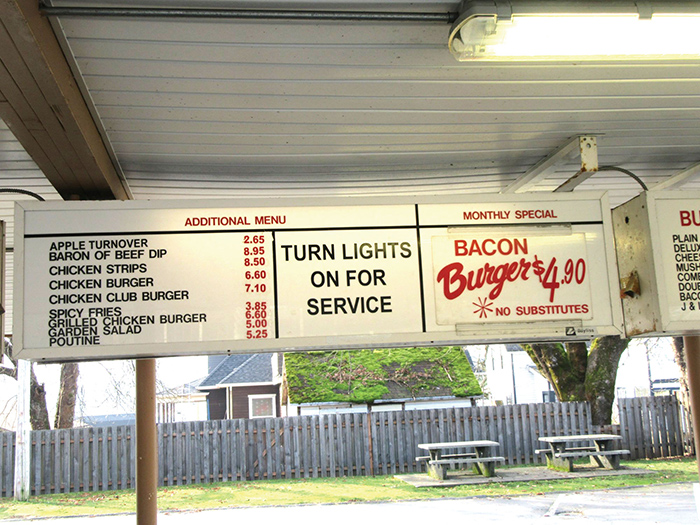 Ive thought about J&L frequently during the pandemic as Vancouver saw a series of burger pop-ups specializing in smash burgersessentially, a grill-fried patty with processed cheese, which is pretty much what J&L has been doing for 40 years, except they cost $4.59, not $12, and the line of hipsters is much longer in Vancouver. Oddly, both sets of patrons wear a lot of Carharttthe Port Alberni ones just happen to use it for work. 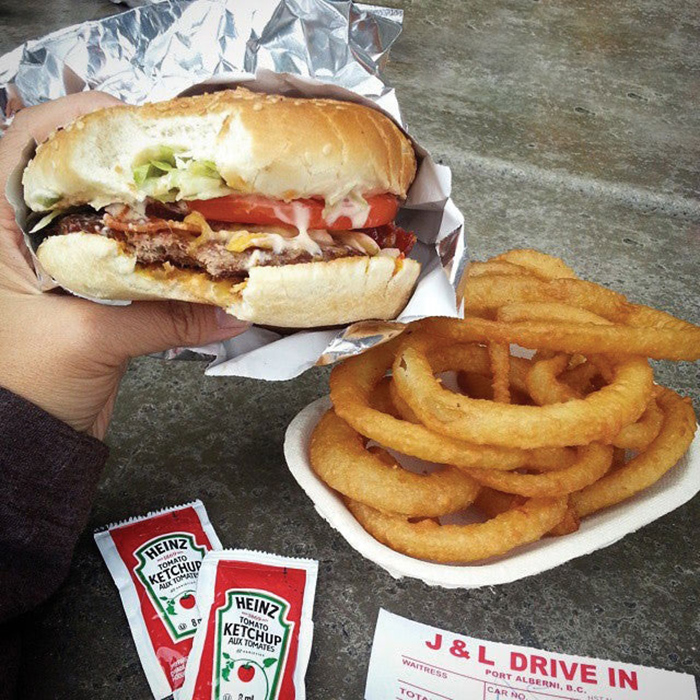 And while I love the food (the $3.39 grilled cheese and bacon is the secret order here, though Ive never been brave enough to order one of the five items under the Seafoods section), It's the drive-in part I love. Roll up in your car, flash your lights, place your order and, in weirdly short time, out comes a tray to rest on your open window. If you've of a certain generation, you'll think of Happy Days, and some might recall the A&Ws of old. Those born this millennia will have zero frame of reference.