With Season 5 in full swing it’s abundantly clear that Yellowstone ain’t Succession. The writing is a bit more leaden, the characters more stock, the (melo)drama even more unrealistic. But the scenery reminds us that we here in the West live in the most glorious part of the world, and we’re not apologizing for indulging in the beautifully staged glimpse of the complicated Dutton family trying to maintain their legacy in the face of the march of progress. The best part of the series? The gear. The rough hewn clothes, the rugged stuff that makes even the most city slicker amongst us long to summon their inner cowboy. 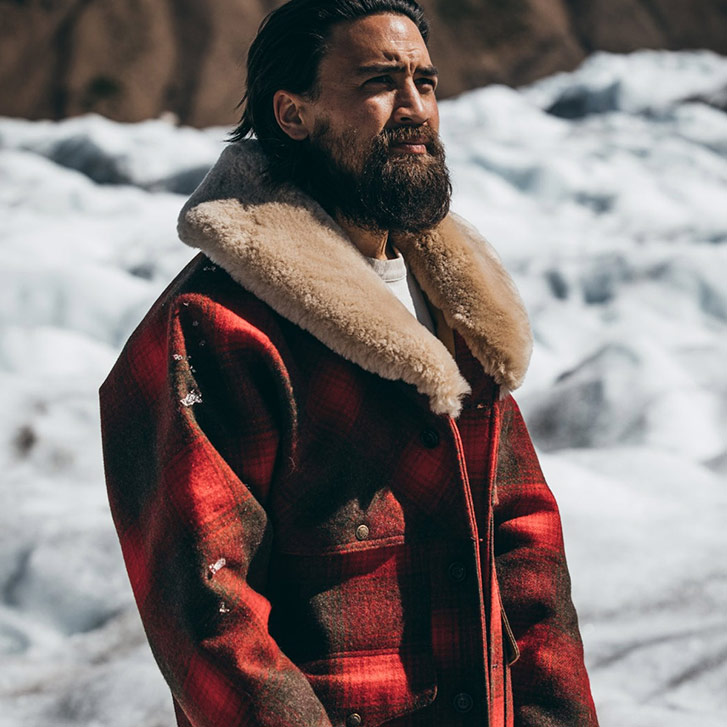 100 percent, no word of a lie we had this classic coat on the list before last week’s episode where Beth is seen wearing it. Frankly, it’s Jamie who could use its classic lines to man up a bit, but there’s no denying that the Packer screams rugged individualism. Nothing from Filson is cheap, but it almost never goes on sale and you’ll keep it forever—I still wear my Dad’s Double Mackinaw and it looks like it was just taken off the shelf. $975 Is there anything better than a fire on the open range? Well, yes—a fire on the open range that’s easy to start and doesn’t risk burning your entire homestead down. So when you have the urge like Kayce (terrible spelling producers) and Monica to go out and, uhm, commune with nature, this is what you want to throw on your saddle. That’s where this cool little number from Solo comes in: it’s portable, makes lighting a breeze even for the biggest city slicker, and is self containedand they’re on sale right now. From $269. Ok, so this is a bit of flyer. There’s zero chance that crusty old rancher John Dutton would buy anything other than Wranglers. But there’s a 100-percent chance that Hollywood actor Kevin Costner, looking to maximize his comfort while still looking like he’s keepin’ it real, would buy a pair of these from Vancouver’s Duer. They feature the perfect amount of stretch for your enjoyment but not so much that they look like sweats. And for those cold Montana mornings, we’d go with the fleece-lined option. $229 When John Dutton needs to wind down from a day of bossing the Governor around and being mean to Jamie and being weird with Beth, he’s frequently seen utilizing a heavy glass tumbler to pose iconically by a fire or looking out a bay window. And we just happened to recognize them: they’re the discontinued Glen Plaid by Ralph Lauren. So you can either troll Ebay or get Ralph’s newer version: the Stirling, which will do in a pinch. $125 for 2.

Early on we see John filling said glasses with Bulleit Bourbon. Yeah, I don’t think so. Bulleit is a great value, but it’s not exactly going to be the well whiskey at the Yellowstone ranch. If John was going to go American, my guess is that Stranahan’s Colorado Whiskey (which is excellent) might be his choice but here we’re going on a flyer and choosing a spirit that represents what’s good about Yellowstone: tradition, strength, zero BS. All of which adds up to Alberta Premium’s new Reifel Rye—a new offering from perhaps the most honest, no BS brand in all of Canada. And it’s named after George H. Reifel, one time master distiller at Alberta Distillers and son of Vancouver’s George C. Reifel, builder of the Casa Mia and rumoured legendary bootlegger. And Reifel Jr. donated the land in his father’s name for the famed Delta bird sanctuary. Now tell me that’s not a family John Dutton would see a kinship with? $41 For the most part if you’re buying a proper hat you’re buying a Stetson (the classic choice) or a Resistol (the more thoughtful one). But there’s one other choice that stands up: Calgary’s own Smithbilt Hats, which have been around since 1919 and actually outfitted Costner when he was in town filming Open Range (see above). But a few provisos that the show sometimes gets wrong: Kayce, take your flipping hat off when you’re eating. And sometimes the cowboys appear to be wearing dress hats while working—not likely with their wages. We think John would go for the Cattleman, of course, in 20x (the x refers to amount of actual fur used) but you can sneak into a 3x for $130.